The Sin of the Generation of the Flood 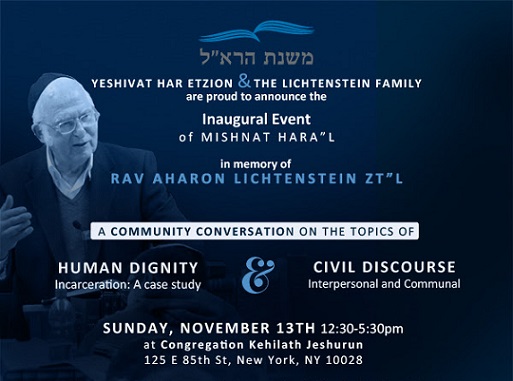 Three verses in our parasha speak of the corruption and violence that brought upon the world the terrible Flood:

From other sources we learn that the corruption referred to here may be understood as sexual immorality:

“And Onan knew that the seed would not be his, and it came to pass, when he went in to his brother’s wife, that he spilled (shichet) it on the ground, lest he should give seed to his brother.” (Bereishit 38:9)

The term “chamas” is understood as theft, and sometimes not necessarily as the act of a single criminal, but rather as theft condoned by the law:

“Shall I count myself pure with wicked balances, and with a bag of deceitful weights? For its rich men are full of violence (chamas), and its inhabitants have spoken lies, and their tongue is deceitful in their mouth.” (Mikha 6:11-12)

“And on the same day I will punish all those who leap over the threshold, who fill their masters’ house with violence (chamas) and deceit.” (Tzefania 1:9)

In both of the above verses, the “chamas” is being perpetrated by wealthy members of high society, and we may assume that their behavior is condoned by the law; they do not act with pure brute violence.

It is possible that the two sins here are in fact a single sin that combines theft with sexual immorality: theft of women from their husbands’ domain, perhaps even within the law, which is designed to protect “the children of the gods.” If so, the description of the generation of the Flood in our parasha would be a continuation of the description in the previous parasha:

“And it came to pass, when men began to multiply on the face of the earth, and daughters were born to them, that the distinguished men [literally, ‘sons of the gods’] saw that the daughters of men were fair, and they took them wives of all whom they chose… There were nefilim in the earth in those days, and also after that, when the distinguished men came in to the daughters of men, and they bore children to them, the same were mighty men of old, men of renown.” (6:1-4)

“When [the bride] was prepared and adorned to enter the wedding canopy, a great one would enter and cohabit with her first.”

The greatest and strongest specimens of humanity, who regarded themselves as “sons of the gods,” used their strength and authority to snatch women from their husbands. Later, the same behavior would be repeated by Pharaoh, king of Egypt, when he took Sara from Avraham; Avimelekh, king of Gerar, also took Sara and almost took Rivka, too. Shekhem, son of Chamor, prince of the land, likewise too Dina, and the men of Sedom behaved in the same way towards the guests who had come to their city. King David would ultimately suffer heavy punishment for his appropriation of Batsheva, like the appropriation of the “daughters of men” by the “sons of the gods.”

It was upon a world that followed such norms that God brought the Flood. The Torah made no “allowances” in its demand that human society maintain an orderly, faithful family unit consisting of husband, wife, and children.

The parasha that continues the theme of the story of the Flood is the unit concerning the sota (a woman suspected of infidelity), in Bamidbar 5. Chazal address the link between these two units in their comments about the mighty King David, who took Batsheva into his home in a manner that provided halakhic and legal coverage:

“R. Huna said in the name of R. Shimon ben Lakish: David dug one thousand five hundred cubits in order to reach the foundations of the world.

When David dug a thousand five hundred cubits, he found a clay shard. He said, ‘All this effort that I have invested – and then I find clay?!’ For that moment God gave the shard the ability to speak, and it said, ‘This is not my place, but when the earth was split, I descended here. If you do not believe me, there is groundwater beneath me.’ David removed it, and the groundwater rose and washed over him.” (Midrash Shmuel, 26)[1]

The midrash describes David preparing the foundations for the construction of the Temple. He digs on the Temple Mount in order to arrive at the virgin foundation of the earth – the place where no human has ever been – in order to be sure that the spot where the Temple is to be built does not lie above any impurity (human corpses or remains). He finds a clay shard and concludes that an ancient place of civilization existed here, and that impurity may lurk beneath. But the shard speaks up, testifying that it arrived there by natural means; it was not placed there by human hands. The shard is blocking the waters of the deep, stopping them from rising up and flooding the world. David removes it from its place, and the waters do indeed rise and threaten to wash away the world – like the Flood.

The midrash is built on a metaphor, for it calls the ground “virgin” with the clay shard sealing its opening. David, who removes the shard, clears the virgin opening – and the waters threaten to overwhelm him. The story of the “sons of the gods,” the rulers, who took whichever women they chose and who were swept away by the groundwaters that rose up in the Flood, is echoed in the form of the story of David and Batsheva.[2]

The story also appears in the Talmud, and here its connection with the unit on the sota is more readily apparent:

“When David dug the foundations [for the altar of the Temple,] the waters of the deep rose up and were about to wash over the entire world.

David said: ‘Is there anyone who knows whether it is permissible to write God’s Name upon a shard and to cast it into the deep, so that it will subside?’ There was no one who answered a word.

David said, ‘Anyone who knows the answer but does not speak, may he be suffocated.’

Whereupon Achitofel arrived at the following a fortiori argument: ‘If, for the purposes of establishing harmony between a husband and wife, the Torah says, “Let My Name that was written in sanctity be blotted out,” then certainly the same may be done in order to establish peace in the world!’ And so he said to him, ‘It is permitted.’ [David] then inscribed God’s Name upon the shard, and cast it into the deep….” (Sukka 53a-b)

The version in the Talmud does not record any conversation between David and the shard. Nevertheless, the Talmud presents the solution that will prevent a flood: David inscribes God’s Name upon the shard and casts it into the water, thereby saving the world. This original solution is based on the Torah’s prescription in the case of the sota:

“And [the Kohen] shall write these curses in a book, and he shall blot them out with the bitter water.” (Bamidbar 5:23)

The curses include within themselves the ineffable Name of God, and it is dissolved in the water. David and Achitofel deduce from this that the blotting of God’s Name in water is permissible in order to save the entire world from being eradicated by water.

We might therefore propose that the world was almost destroyed by water in the time of David, as a result of his sin with Batsheva, which resembled the sin of the “sons of the gods” who took whichever women they chose, even snatching married women from their husbands. This sin was punished by the Flood, and the punishment nearly repeated itself in David’s lifetime. In both instances, the solution lay in blotting out God’s Name in the water: in David’s case the actions taken, as explained by Chazal, succeeded in preventing a Flood. In the time of the Flood all of existence was wiped out, including all of humanity (with the exception of Noach and his family), created in the image of God.

[1] This midrash, and the difference between it and the Talmudic version, was pointed out to me many years ago by my friend R. Aviya Hacohen.

[3] According to tradition, Noach’s altar was built on the site of the Temple – see Rambam, Hilkhot Beit HaBechira 2:2.

Your support makes a difference